Hello! My name is Brody. I'm a 13 year old from Oshkosh Wisconsin, and I've always been into computers and electricity. In fact, I programmed this website from scratch by myself! My story related to Christmas lights starts fairly early, when I was about 4. That Christmas, I put up some lights on my house's staircase, and I decided that one year I wanted to put up lights outside. 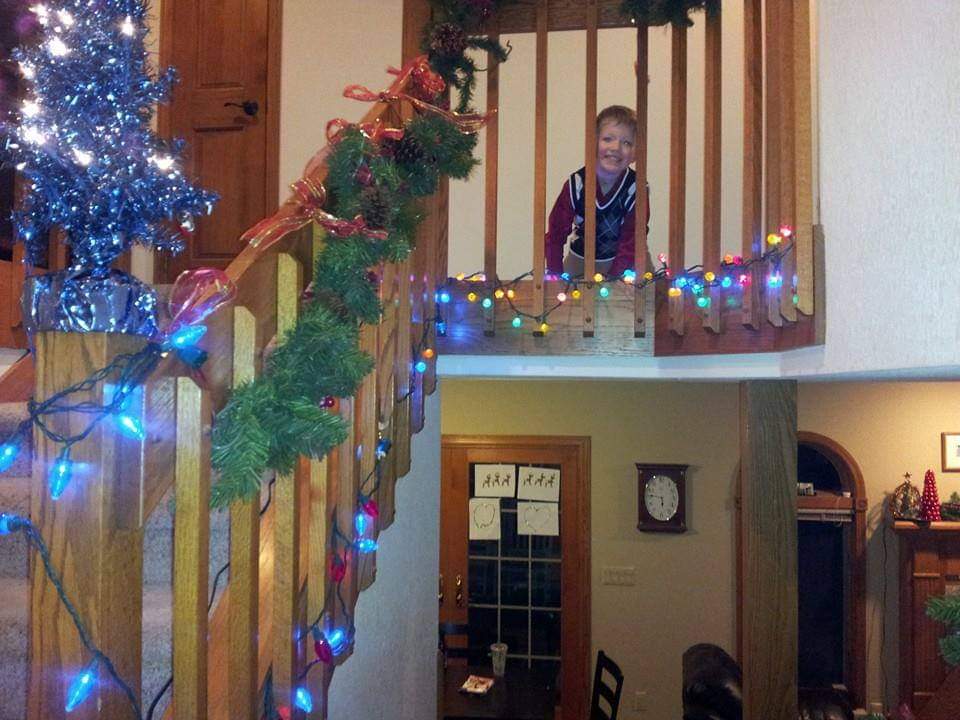 My first show outside

When I was 7, I was finally allowed to put up lights outside. When Christmas time came along that year, I decided that I wanted to put up the lights on the outside of my family's house. Since then, I've been in charge of putting my family's lights up. 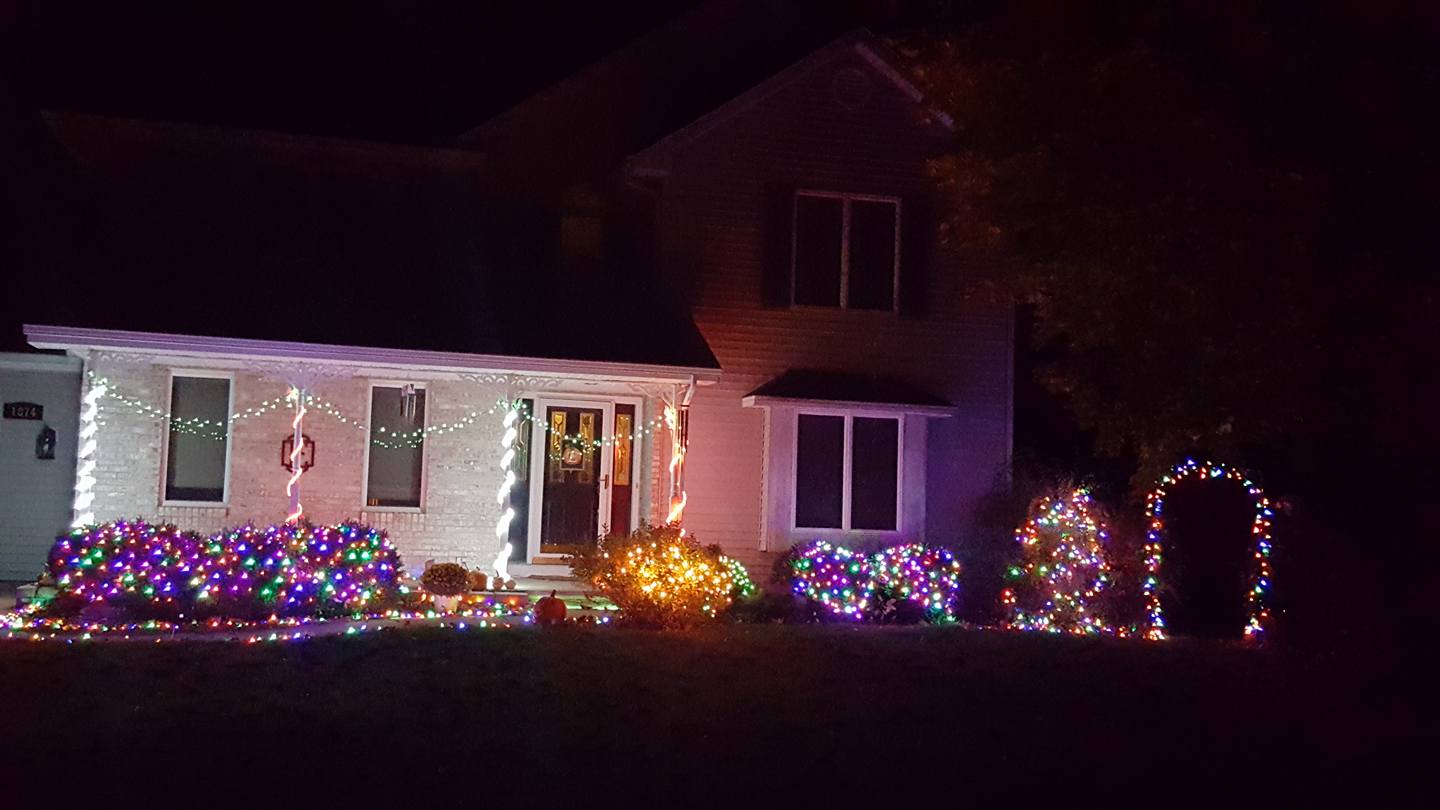 Trees in the lawn! 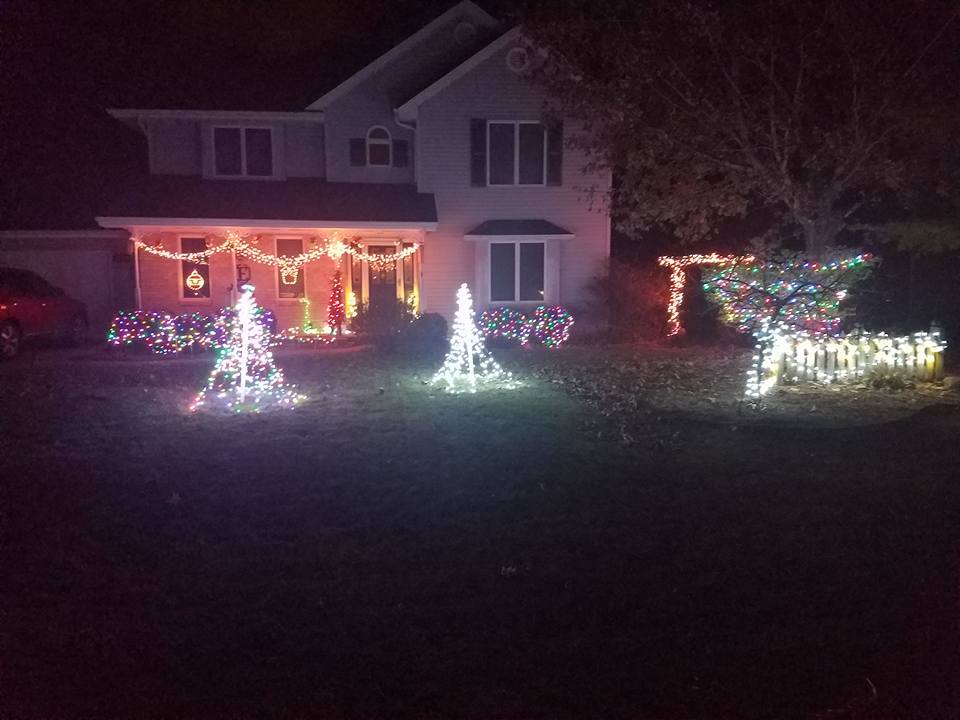 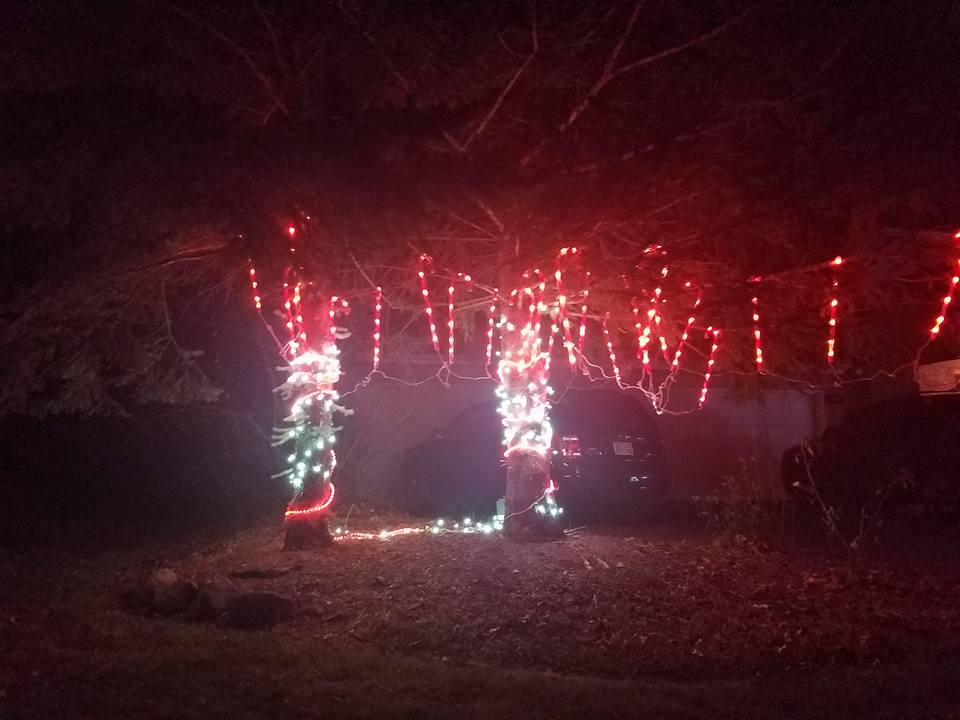 The first year when I started putting up a syncronised display was when I turned 9, and I used a small box that has a speaker on it and turned on and off 6 plugs on it.

My show in 2018 was pretty simple, mainly because I only had 6 "channels" (outlets that turn on and off) to work with. It has lights on bushes, posts, 3 trees in the yard, and a small section with 2 trees and a fence. Here's a video of the show.

The year after that, I decided to go a little bit bigger. I bought a Light-O-Rama showtime central and AC 16-channel controller. It's bacically like that box but you can add more of them, controls 16 ports, and you can program yourself. I controlled it with the showtime central, which is a replacement for using a computer to run the display. That year I also decided I wanted to do my show for charity. It was a tough choice on which charity to pick, but after a little bit of debate I decided on my local food pantry, The Oshkosh Area Community Pantry . After the display was over, I counted the donations including doubling from a foundation, and came out with around $2100 towards the pantry. I made it my goal to get to $3000 the year after that. Through all of this, I had 6 stories done on me. Here's 5 of them, because 1 was in the newspaper. WBAY Beginning of the year Spectrum News WeAreGreenBay article WBAY end of the year Fox 11 story

My show in 2019 had one big thing that I havn't ever seen on any other show: Giant mega arches that go all the way over my driveway. Other than that, my show had pretty much the same things as the year before, but instead of big groups of lights being turned on, everything could be turned on individually. Here's a video of how it looked.

In 2020, I decided to add something big. I bought a Light-O-Rama Pixie16 controller, which is a controller that doesn't just turn lights on and off, but can set any bulb of special strands to any color and brightness. It took a while to learn how to program, but added a lot to the show experience. This year, 2 major events happened. One was the first "Collaboration of Lights", which was an event where my show and 3 other local light shows teamed up on December 11th and 12th, got a few local buisness sponsorships, and all supported NAMI, The National Alliance on Mental Illness . I also did a toffee and fudge fundraiser where my Nana donated her time and resorces to make toffee and fudge that I sold. In all, I donated $3332.13 to charity, with the help of some local buisness sponsors. In 2020, there were 2 news stories done on me. Both of them were from WBAY: Collaboration of Lights WBAY story WBAY story

With my new controller in 2020, I Replaced my mega arches with the RBG pixel lights and added 5 smaller arches in the front of my yard that had RGB lights. Here's one of the songs from that show.

In 2021, I started raising not only food and monetary donations, but also books. I was raising money for the Oshkosh Kids Foundation , which is a non-profit organization that "helps children of homeless or struggling families find stable housing, successful education, and a post-secondary path to self-sufficient lives." The books I raised were distributed to local agencies through the Oshkosh Area United Way . The food donations still went to the Oshkosh Area Community Pantry . Again, I joined the "Collaboration of Lights" event, and we collectively raised over $500 for the Christine Anne Center . Finally, there were 6 news stories done on me: Go Oshkosh Kids WBAY WFRV NBC 26 Fox 11 WeAreGreenBay

I made a lot of behind the scenes changes, but I also added a matrix display and window outlines. A matrix is basically like a large TV that I can put images, text, and other cool graphics on.

You can find my light display on 1874 Westbreeze Drive. My show runs from 5-9pm Sunday through Thursday and 5-10pm on Friday and Saturday. My show starts on Thanksgiving day and runs until New Year's day.